Recently I have been talking about a current storyline in the BBC1 soap, Eastenders. The storyline involves a male character, Mick Carter, experiencing panic attacks. In recent developments within this week’s episodes, Mick’s wife Linda had managed to make him a GP appointment after noticing that he hadn’t been sleeping very well. Linda had found out about Mick experiencing panic attacks in the previous week after witnessing him having one.

In the episode where Linda found Mick on the floor of the Queen Vic kitchen having a panic attack, Mick’s ‘friend’ Stuart came in and helped him. Stuart helped Mick focus on his breathing and reassured him that he was going to be OK because he knew what it was (and I assume to say that he wasn’t going to die but that it would pass). I found this scene really helpful in understanding what someone could do to help someone in this situation as I’m sure it is quite scary to see someone go through it as well.

In this week’s episode where Mick went to see a GP regarding what he was going through, I was also really happy by the scenes that were written. At first, Mick explained what he had experienced and that the hospital had told him that it was panic attacks. The doctor then asked Mick if there was anything specific that may have triggered them to happen. The soap fan in me smiled as Mick relayed probably only about a third of the storylines he’s been involved in in the past few years that could have been the reason (family issues, deaths and illnesses, and him being in prison) but I was also very happy that the link between such storylines (in real life of course it would be just life events) and what effect they could be having on him now.

The doctor then spoke to Mick about Cognitive Behavioural Therapy (CBT) and how it can help with anxiety in the long-term as well as a brief description of how it works. It was interesting, and probably realistic, that Mick said that he didn’t think therapy was for him. The doctor prescribed some anti-anxiety medication and also CBT, and said that the waiting list for CBT is about six months, so Mick could think about it. The last couple of lines were really encouraging as Mick then said that he would read up on it.

I can see why Mick was written as being reluctant to having therapy – if it is not something people know much about it could be seen as something that they wouldn’t like to take part in. It was good to also see it being prescribed alongside medication – I took from it that medication can help with the symptoms, but wouldn’t help with the cause – CBT can do that.

The doctor asked Mick to make a follow-up appointment in 4 weeks so I’m hoping that we will also see that. I think this storyline is too important to not see the proper stages of what can happen when a person gets help and deals with it all. Pretending it’s not happening doesn’t help, talking about it does. 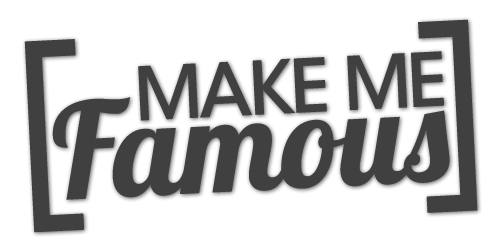