The more mental health is spoken about and portrayed in the entertainment industry, the more it becomes normal and therefore easier for people to talk about. Below are some more television shows that depict mental health in a variety of ways – there may be spoilers ahead if you haven’t seen them.

Based on the New York Times bestseller, the television adaptation of Normal People follows the lives of characters Marianne (Daisy Edgar-Jones) and Connell (Paul Mescal) as they go from school classmates to fellow university students, and through their turbulent lives as friends, partners, and confidants. The twelve-episode series is a magnificent piece of television, and there are various aspects of mental health that are focused on within it. In episode 10, in particular, we see Connell talking to a counsellor in the aftermath of his friend’s suicide, and he talks about that and also about how he feels out of place at university. Those scenes in particular are poignant as it is rare on television to see a young male open up about how he is feeling. Paul Mescal has received an Emmy nomination for this role, and so it certainly has made an impact. Within the series, both Marianne and Connell struggle with their lives as they become young adults, and I think these struggles, portrayed beautifully by Daisy and Paul, are why the show has become a must-see this year.

There are currently two seasons of Mindhunter available to watch, and they focus on the beginnings of the FBI’s Behavioural Science Unit at the FBI Academy in Quantico in the 1970s and 1980s. Creating the term ‘serial killer’ and working on a way of finding out who, where, how and when serial killers (formally known as sequence killers) will strike is the main focus of the two seasons. However, throughout the episodes we see the two leads, Holden Ford (Jonathan Groff) and Bill Tench (Holt McCallany) struggle in various ways with what they see, investigate, and strive to solve. In particular, Holden suffers a panic attack at the very end of season 1, and is seen to also struggle with them in season 2, but is shown to take medication for them. As this was forty years ago, the show doesn’t focus largely on the support for coping with these, but as the show is based on a real-life book that documented the particular struggles of the people who did investigate such killers and crimes, it is positive to see a realistic portrayal of the reality such horrifying work can have. The panic attack sequence at the end of season 1 was particularly well filmed as I felt like I could feel what was being experienced through the screen.

The Will Arnett and Aaron Paul-led adult animated show is a different way of looking at how people cope after being famous, not only as animals and humans live side by side in this! As a viewer, I see it as being funny with a fantastic script, but also as quite poignant which I didn’t realise until I had watched a few episodes. The title character, BoJack Horseman, is a horse who had a successful television show in the 1990s but fifteen or so years on he has a big house in Hollywood and with it a lot of issues, including low self-worth, and alcoholism. When I started watching I didn’t know what to expect, but was pleasantly surprised that a show that is so visually different can have just the same impact on the viewer with such stories that are universal. It is very clever in how it tells the story as I didn’t really like BoJack at first, but when I started to understand him, I realised that like with many people who find fame and money, it doesn’t always mean that they are happy, because there is more to life than just that. 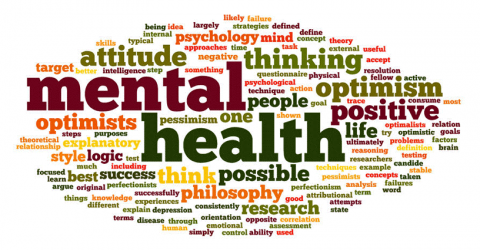 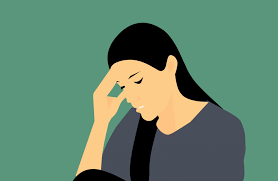