Post-traumatic stress disorder (commonly referred to as PTSD) is frequently thought of as something that people who have fought in wars can develop; when I first heard about PTSD it was in relation to people who had served in the army, for example. However, it is actually an anxiety disorder that is caused by very stressful, frightening or distressing events, or after a prolonged traumatic experience – not just those experienced in a war zone.

PTSD develops in around 1 in 3 people who have experienced severe trauma; the types of events that can lead to PTSD developing are physical or sexual assault, abuse (childhood or domestic), neglect, serious accidents, witnessing violent deaths, terrorist attacks, being held hostage, torture, war and conflict, natural disasters (e.g. an earthquake or tsunami), serious health problems (e.g. being admitted to intensive care), and childbirth experiences (e.g. losing a baby). It is not fully understood why some people develop PTSD and other don’t, but some factors do appear to make some people more likely to develop it. These factors include if a person has had depression or anxiety in the past, or if someone does not have a support network (i.e. a lack of support from family and friends).

PTSD is something that can develop immediately after a person experiences the event, or it may be weeks, months, or even years later. The symptoms of the disorder can be put into the categories of re-experiencing, avoidance and emotional numbing, and hyperarousal.

Re-experiencing is the most common symptom of PTSD and it is where a person involuntarily and vividly re-lives the traumatic event they have experienced. This re-living can be in the form of nightmares, flashbacks, experiencing repetitive and distressing images/sensations or physical sensations such as sweating, nausea, pain or trembling. Some people may experience constant negative thoughts about their experience where they repeatedly ask themselves questions about it, which in turn prevents them from coming to terms with what happened.

Avoidance and emotional numbing can mean a person avoids particular people or places that remind them of the trauma they experienced, or they may avoid talking about it. Many people attempt to distract themselves with work or hobbies to try and push their memories of the event out of their mind. Emotional numbing occurs when a person tries to not feel anything about the event in an attempt to deal with their feelings, which can lead to them becoming withdrawn and isolated, and they may also give up doing the activities they used to enjoy.

Hyperarousal, which can also be described as feeling ‘on edge’ describes how someone can feel very anxious and find it difficult to relax; they may be constantly aware of threats and easily startled by things. This state often leads to the person being irritable, prone to outbursts of anger, having problems sleeping, and a difficulty with concentrating.

Other problems linked to PTSD may include physical symptoms such as headaches, dizziness, chest pains, and stomach aches; mental health problems such as depression, anxiety, or phobias; or self-harming or destructive behaviour such as drug or alcohol misuse.

Symptoms of PTSD mostly develop within a month of the traumatic event, but there can be a delay of months or even years before any symptoms develop. The symptoms a person experiences may be severe and constant, or they may go through times when they are less noticeable followed by times when they get worse.

Symptoms of PTSD can significantly impact a person’s everyday life, and therefore it is important to get treatment; a GP can carry out an initial assessment and work out what treatment is needed. 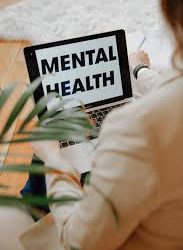 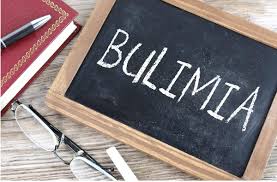