There is still a way to go, but it seems to me that mental health is finally being spoken about in sport in a way that it is something that is said, not admitted. There is a big difference. Just a few weeks ago there was a BBC1 programme, ‘A Royal Team Talk’, which featured professional footballers (past and present), such as Gareth Southgate and Danny Rose, alongside the Duke of Cambridge, who spoke about their own experiences with mental health. I think it was a much-needed programme that looked at how the specific sport, and culture, of football can impact upon players, but can also give a much-needed outlet for other people, such as the other men featured in the programme who also spoke about experiences with their own mental health.

Sport in general can inspire a lot of people in one way or another, and as Wimbledon started this week, the UK begins its fixation on hot weather, strawberries, and cries of “Come on Andy”, although this year Sir Andy Murray will not be trying to add a third Wimbledon Men’s Singles Title to his collection, but he will be aiming to win a Doubles Title. Actually, he’s probably not aiming to win as he’s still on a comeback from knee surgery, but less than two weeks ago he won the Men’s Doubles Title at Queens so anything is possible.

To me, Andy Murray is an inspiration, as I’m sure he is to many people around the world. Not only is he a Double Gold Medal Olympic Winner, a Davis Cup Winner, and a three-time Grand Slam Champion, but six months ago he held a tearful press conference on the eve of his first game at the Australian Open, a Grand Slam tournament he has finished runner-up in five times before, where he announced that he may retire due to a problem with his hip. Since then he has undergone surgery and is now on a comeback to a sport that he loves. However, he has spoken about being pain-free after the operation, which has improved his quality of life. He said that the long-term pain became demoralising and affected his mental health. He even liked an Instagram post depicting ‘The Pain Cycle’ which is the cycle of ‘Feeling pain – Feeling down about your pain – Feeling hopeless – Not addressing the source of your pain – Feeling worse physically’. I think many people may have seen this and thanked Andy for sharing how he felt and the effects it had on him. Like many things, by having a well-known person talk about something allows for people to take notice of it and understand it, rather than perhaps dismiss it and not appreciate the reality of it.

Andy Murray isn’t the first, or last person, who will talk about their mental health, but he may be one of the bigger names in sport to do so. I will be cheering him on at Wimbledon, as I do each year, but I will also be happy knowing that he isn’t in physical pain anymore. I hope that others may look at what Andy’s gone through and realise that if anything needs addressing in their life because they are suffering, it is always best to be honest with themselves about it. Pretending it isn’t happening is surely never the best answer. 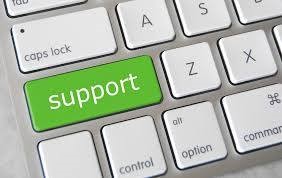