The benefits of working from home 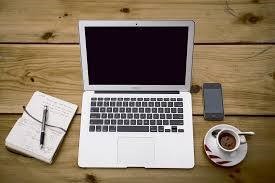 Since March of this year many people have been working from home due to the global pandemic. Of course not every job role allows for this to occur, but where it has been possible, this is where many people’s work lives have been based. It was estimated at the beginning of July that 30% of adults in the UK were exclusively working from home. While some people may miss everything that comes with their normal work environment, some are reaping the benefits of having their home doubled up as their new workspace. Since the government advised, and then made it mandatory, for people to work from home where it is possible to do so, many people have had their work lives turned upside down. This blog post will discuss some of the benefits there are of working from home, as well as attempting to make the best out of a whole new normal that many people now find themselves in.

I think that for many, working from home before the pandemic began was seen as a luxury, something that was only done if it was necessary, or something that was impossible to be carried out. Where it may have been thought impossible before, some are now finding out that it is possible, and new ways of working have been carried out by lots of people in varying industries. Sometimes you don’t know how something can be done until you have no other choice but to try it. With this, the benefits of working from home have been widely discussed and enjoyed, with some positives coming from a time where the whole world is going through the kind of things not seen by generations.

Arguably the top two benefits of working from home are two of the main things people are striving for in life; time and money. Depending on where you work, a daily commute of, for example, an hour each way suddenly allows for two extra hours a day. Add in the potential for a lie in as less time is needed to get ready in the morning, and some extra time at night as a bedtime doesn’t need to be so early, and you have a potential of four extra hours a day. Of course every person’s circumstances are different and working from home may bring with it new things that take up the prospective free time, but there is definitely the potential for at least some time being made from not travelling to a workplace.

Money is also a big thing in our lives; it is up there with our families and loved ones, and without it we would find it very difficult to live. For people who are still in employment, the money spent on actually going to work has been saved. This could be in the amount of money spent on petrol, lunches and snacks bought for convenience rather than prepared in advance, and many other expenses that disappear when a person is staying in one place for both their work and homes lives. The pandemic has also allowed for some to reflect on what they actually need to spend their money on, and savings have also been made through a new way of thinking on consumer habits overall.

I’m sure there are many other benefits home workers have found from embracing a new way of working, such as a freedom to time manage themselves, take breaks when they want and need to, and to potentially not have the same distractions they would have in their normal work environment.  So is this the end of the office environment in companies? Perhaps not, as my next blog post will discuss the potential negatives of working from home, and why even though it may be perceived as a luxury for some people, it is not for others. However, the benefits that many people have experienced will I’m sure be carried forward into the new normal when it comes to workspace options, and it is something I think will become much more normal than it was before this year.