After 100 days, Premier League football finally returned last week with Aston Villa drawing 0-0 with Sheffield United in a game where no fans were in attendance, but the game still had the VAR controversy that the sport has grown to expect in the past couple of years. In comparison to what has been going on in the world over the past few months, football is a low priority for many, but that doesn’t mean that the re-start of the game hasn’t given so many people a positive to look forward to, and it has been welcomed back with open arms. A Premier League match was even shown on terrestrial television for the first time ever last Saturday night, which enabled over 3 million people to watch some football again. It means a lot to a lot of people, something which I don’t think should ever be underestimated.

For some, football is more than a hobby, whether that is playing it, watching it, or both. Football can provide escapism from the real world and when that is taken away, problems can occur. We have seen over the past two months in particular how much football can be used as a backdrop to start conversations about mental health. In the ITV programme ‘Harry’s Heroes’, ex-England footballers went on a tour of Europe playing games and reminiscing about old times, but it was the various conversations about the mental health of the players, both at the time of playing and after their career had ended, that was most poignant for me. On BBC1, the Duke of Cambridge has been on a quest to use football to start conversations about mental health. Conversations were shown with players in the Premier League, and at clubs in the lower levels where football was also used as a primary way of getting men together and giving them an outlet to discuss how they are feeling.

After watching the BBC programme, it’s now great to learn that that the 2020 FA Cup final has officially been renamed the ‘Heads Up FA Cup Final’ to raise awareness for mental health. Due to be played on 1st August this year, the FA Cup final will mark the end of a season-long campaign to raise awareness, engage conversation, and allow for support to be given to people who need it. It has also allowed for everyone to recognise that mental health is just as important as physical health.

You only have to look at how much the country changes when there is a major tournament on to understand why football is probably the only major way male mental health awareness can be targeted to such a huge male audience. Of course, mental health is important for everyone, but men are more reluctant to talk about how they are feeling, which is why such targeted campaigns are needed. In 2018 when England reached the World Cup semi-final, over 30 million people watched on TV and online, and that figure doesn’t even take into account those who were in public venues to watch the historic broadcast. Football is the national sport, and so it makes sense for an extremely important campaign to focus on it when trying to get its message across.

Only time will tell on how much change will come from the campaigns that are using football to change the way a lot of people think about mental health, but I think it’s very encouraging that it has even been thought of. Slowly, mental health is becoming more and more talked about and that is the key to challenging the stigma mental health still has. The more we talk, the more people listen, and the more everyone can understand that it’s OK to not be OK, and there is so much support out there for everyone to use if and when they need to.

The impact on mental health in the lockdown 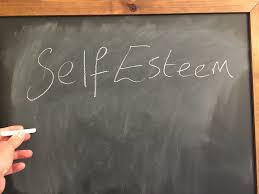