It’s been a week since my last blog post on the subject of fictional character Mick Carter’s mental health storyline in Eastenders and a lot has happened since then – it’s a soap afterall! After Friday’s (16th August 2019) episode, we now know that what Mick has been suffering from is panic attacks.

Mick has been reluctant to tell anyone about what he experienced the previous week and told his friend, Mitch, that he had got the all clear from the hospital, but in reality he didn’t go and see anyone. We’ve seen him running, possibly as a way to help how he’s feeling but it’s not clear, and we’ve seen him struggle under lots of other pressures he is having in his life. At the end of Thursday’s episode and leading into Friday’s, we saw Mick holding his chest and struggling to breathe which ended up in him collapsing. His ‘friend’ Stuart was able to help him get to hospital where Mick was told that he had not had a heart attack, which is what he thought it was, but he had a ‘hyperventilation attack’, also known as a panic attack. The doctor asked if he had been under any undue stress recently and also gave some advice on what to do if he had another one.

I was a bit disappointed when I first saw the scene with Mick’s reaction to what the doctor had said, but I understand why it’s been written. Mick seemed embarrassed about it and again didn’t want anyone else to know, and even told Stuart that it ‘never happened’. Now I think that it is unfortunately quite realistic that Mick, a male who has always wanted to do right by his family, doesn’t want to face up to what is happening. He doesn’t want his wife Linda to know because it would cause extra worry for her as she is also facing her own health concerns, but the spotlight the show has given to this storyline is that it is a male mental health storyline.

In England, around one in eight men have a common mental health problem, but are more likely to be reluctant to seek support for it or even tell the people closest to them about it. Even though it’s 2019, there are still the traditional gender roles present in our society, I think especially with older males, and there are expectations for how men ‘should’ behave and act, such as being strong and stoic. Due to this, males especially may be more reluctant to address any problem with their mental health.

As always, I will state that this is just a television show and all the dialogue I have quoted and what was played out in the episode was made up by a writer, but there is no denying that the underlying focus on male mental health is an important one. As the storyline progresses (hopefully Mick will talk to someone about how he’s feeling) if it helps just one person understand what panic attacks are or even helps someone feel less alone if they experience them and doesn’t know anyone else who does, then this storyline would have been extremely worthwhile. Personally, I think it’s already made that impact. 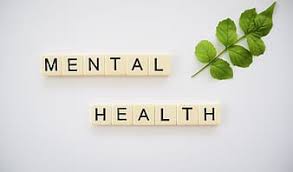