Carrying on from what I have been talking about over the past couple of weeks, I thought it would be good to find out more about panic attacks. Panic attacks can be described as being a feeling of sudden and intense anxiety, with physical symptoms such as breathlessness, chest pain, dizziness, shaking, nausea, feeling disorientated, hot flushes, chills, a dry mouth, sweating, and a racing heartbeat, among many others. Such attacks usually last between five and thirty minutes.

Just by reading the description of what a panic attack can look and feel like is frightening, but the symptoms of such an attack are not dangerous even though a person who has one may feel as though they are having a heart attack, they are going to collapse, or even that they are going to die. Although, it is important to say that such symptoms can also be signs of other problems, not just panic attacks.

When a person feels a panic attack beginning, there are some things they can do such as breathing slowly and deeply, remembering that what is happening is not life threatening and that it will pass, and focus on positive and relaxing images. There are also things that can be carried out by the person to prevent further panic attacks, such as doing regular exercise to help reduce stress and tension,  and do things that can aid relaxation such as yoga, or having a massage.

I am interested in what causes panic attacks; such alarming symptoms that can create a lot of unease to a person can’t just come from nowhere…can they? Actually, they can; panic disorder is the name given when someone has panic attacks and people with this disorder can experience them for no apparent reason. Although, it could be that there is no current apparent reason, but it is actually due to other things that are or have happened to that person. These things could be a traumatic or stressful life experience, such as a bereavement. A person may have an imbalance of neurotransmitters in the brain, or a close member of their family has the disorder; a combination of these three things is thought to be linked to the condition. However, the exact cause of the disorder is not fully understood.

There are psychological therapies that have been proven to help people who have panic attacks, therapies which can be undertaken with a GP referral and without. Cognitive Behavioural Therapy (CBT), for example, has been found to work with people who have anxiety and panic attacks, along with many other mental health problems, and a course of therapy sessions is usually between twelve and twenty in number. CBT deals with a person’s current problems, rather than those in the past, and looks for practical ways to improve their state of mind by showing the person how to change the negative patterns. This is carried out by the therapy breaking down overwhelming problems into smaller parts.

There is a lot of support out there for people who experience panic attacks, so for anyone who would like to find out more about this, please look in the links in my references for further information. 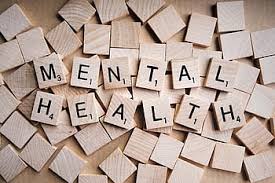