On Thursday 28th May 2020, BBC1 aired an extremely important television programme called ‘Football, Prince William and Our Mental Health’. It followed the Duke of Cambridge as he met various men who use sport as a way of helping with their mental health, and professionals who spoke about how their mental health is, and was treated, when playing the game in the public eye.

A year on from the BBC1 programme ‘A Royal Team Talk: Tackling Mental Health’, which had various footballing heroes such as Thierry Henry and Peter Crouch discuss their mental health, this programme focused more on the sport in general being used to shine a spotlight on a much-needed conversation.

But why is it a much-needed conversation? As the Duke of Cambridge discussed in the programme, suicide is the single biggest killer of males under 45 in the UK, and men account for three-quarters of all deaths by suicide. I’m sure I am not the only one who is always shocked no matter how many times I hear this statistic because as we know, suicide is preventable.

Just a couple of weeks ago I wrote a blog about the Samaritans charity and how their vision is that fewer people die by suicide. Helplines and charities such as the Samaritans are available to help people in crisis and provide general support to everyone who wants it. There are also lots of things that can be done by the majority of people before a mental health problem becomes unmanageable and that is to talk about it, which is the main message I believe this programme was aiming to get across.

Football is the country’s national sport – half the country watching England’s 2018 World Cup semi-final will support that statement – and so it seems like an obvious way of getting the mental health message across to a huge amount of people. In the programme, the FA Cup was being used in this way, as some match kick-off times were delayed by one minute in order to show a clip about taking a minute to start a conversation about mental health – an inspired way of getting the focus on it just before a football match is about to start! The programme also focused a lot on those who play football, and how some clubs have even been created to allow men to help each other as well as be part of a team playing football and competing against others in leagues. Such great conversations came out of this, with the term ‘man up’ being discussed as one of the worst things to say, and that the sooner you talk about something, the better.

It was also great to hear ex-Chelsea and England footballer Frank Lampard, who is now the current Chelsea manager, say that even though when he was a player they didn’t talk about mental health and were ‘stuck in the stone age’, it is now changing and the ‘awareness is huge’. That is extremely encouraging for how mental health is going to be viewed going forward.

When reading reviews for this programme, I found a very interesting and unfortunately very true point – talking about mental health is one thing, but another aspect that needs looking at is the resources that go into mental health treatment in the UK. Like so many recent discussions and campaigns, hopefully by getting the awareness out there and having more people talk about their feelings, this can help stop many mental health problems becoming big enough to require treatment – having a conversation with someone about how you feel could be enough to be able to deal with it. There are also lots of tips about how to have better mental health, such as getting better sleep and stress management techniques. These won’t work with everyone, but it will for some. However, mental health funding is something I have also discussed on this blog in the past, and hopefully with the greater awareness being given to mental health, that will also be looked at. 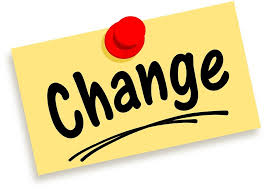