I don’t know how many times I have heard someone say “I’m a bit OCD” either in real life or on television, and I think this phrase can be quite disillusioning to what Obsessive Compulsive Disorder – also known as OCD – actually is. OCD is a common form of anxiety disorder, and it is estimated that it occurs in around 1.1% of the UK’s general population. In this blog post I will be discussing what the symptoms of it are, why it occurs, and what treatments are available for it.

OCD is a mental health condition where someone has obsessive thoughts and compulsive behaviours. For some people they can be managed at certain times, but at other times they make life difficult, such as when a person is stressed about things in life, such as work or their health. Obsessions is used to describe when a person has unwelcome thoughts, worries, images, urges, or doubts that appear repeatedly in their mind, which interrupts their thoughts and is against their control. These can be very disturbing and graphic, which makes a person feel very anxious, uncomfortable or even disgusted. Due to feeling like this, a person may feel as though they can’t tell anyone about them, and be upset that they can have such thoughts. However, these obsessions are not a reflection on a person’s personality, and people with OCD are unlikely to act on the thoughts they have.

The obsessions someone with OCD may have can be shown in a wide range of examples. A person may have a fear of being contaminated by dirt or germs, they could have violent intrusive thoughts or images in their mind such as them carrying out an abusive or violent act, or they may worry about causing or having caused harm to someone such as them attacking someone or being worried about having hurt someone with their car whilst driving.

For people with OCD, the compulsions they have are a repetitive behaviour or a mental act they feel as though they need to carry out to temporarily relieve the unpleasant feelings, such as anxiety. The aim of a compulsion is for the person to deal with the distress caused by the obsessive thoughts. These compulsions can be mental rituals, physical actions, or involve a number in some way, such as having to complete a compulsion a number of times without being interrupted. Examples of these could be rituals such as a person washing their hands or arranging objects in a certain way; checking doors and windows to ensure they are locked and secure, or checking a route somewhere to make sure they didn’t cause accident; or a person needing reassurance by repeatedly asking others to tell them that everything is OK.

Anyone regardless of their age, gender or ethnicity can develop OCD, and while some people have symptoms early on in their life, it usually starts during early adulthood. The cause of the condition is not yet completely understood, but factors include family history where people have a higher risk of having OCD if someone in their family does; differences in the brain, where some people with OCD may have lower levels of serotonin, or have areas of increased brain activity; or life events may be a factor where some people may develop OCD after a bereavement, or experiences such as abuse or being bullied.

Like with many mental health conditions, people are often reluctant to seek out help if they have OCD because they feel embarrassed or ashamed about it, but it is a health condition and should be treated like any other as it is not a person’s fault if they have it. Going to see a GP is one way of seeking help as they can make a diagnosis and make a referral if necessary, or a person can make a self-referral to a psychological therapies service. One of the treatments that can be given for OCD is psychological therapy, which is usually Cognitive Behavioural Therapy (CBT), and this helps a person to face their obsessive thoughts and fears without them carrying out the compulsions. Medication is also an option whereby the balance of chemicals in the brain are altered.

The information listed above it not exhaustive and further information can be found in the references section below, including support groups available for people living with the condition. 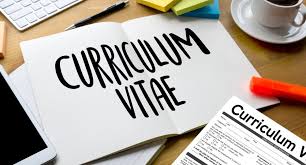 Looking for a job – formal interactions