Eating disorders are talked about frequently in society, in one way or another, but when looking into what they actually are and what causes them, I think some people may be surprised. I believe that it is important to understand what eating disorders are as it is estimated that 1.25 million people in the UK are affected by them, and they have the highest mortality rates among psychiatric disorders. By understanding what they are, and the behaviours people who have them may display, it can allow for friends and family to be in the position to help someone who may need some support.

An eating disorder has the potential to take over a person’s life and make them ill. It is important to point out that anyone, male or female, at any age can have an eating disorder, but they most commonly affect young women between the ages of 13 and 17. The causes of them are not exactly known, but they can be caused by a combination of factors; biological factors such as neurochemical changes or genetics; psychological factors such as a lack of self-esteem or confidence; or social factors, such as difficulties in certain areas of life like work, or being the victim of bullying. There is the possibility that people are more likely to develop an eating disorder if they have been criticised for their eating habits, their weight, or their body shape; they have a family history of eating disorders, depression or addiction to alcohol or drugs; they have been sexually abused; they have low self-esteem, anxiety, an obsessive personality, or are a perfectionist; or if they feel overly pressured or concerned with being slim by a particular job field, such as being a model or a ballet dancer, or from society in general.

There are specific symptoms for some eating disorders, but generally symptoms include having an unhealthy relationship with food which is affecting a person’s eating habits. The symptoms of eating disorders include having very strict routines/habits around food, spending a large amount of time worrying about body shape/weight, eating very little, deliberately making yourself sick or taking laxatives after eating, changes in mood, exercising too much, and avoiding socialising with others when food may be involved. Physical symptoms of eating disorders include problems with digestion, weight being too high or too low for a person’s height and age, and feeling cold, tired or dizzy. There are other symptoms, and more in-depth information can be found in the references section.

The treatments for eating disorders depend on the type, but a GP can refer a person to an eating disorder specialist or team. A treatment plan can then be made, and a talking therapy is usually part of this, as well as a guided self-help plan, which is dependent on the disorder. It is also important to note that people can recover from eating disorders, but it can take time to do so, and everyone experiences this in a different way. 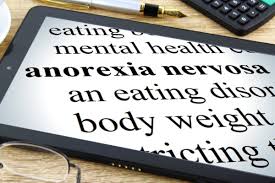 Why is Calcium good for you?