It has been just over one hundred years since Freud’s talking therapy was believed to help people with their problems, issues, concerns, and anything else they may be feeling. Since finding out that women who had been diagnosed with ‘hysteria’, which was when they appeared to have nothing physically wrong with them yet they complained of various symptoms, could be greatly helped by talking through how they were feeling, the field of talking therapies has grown immensely. Like with a lot of Freud’s work, there are differing opinions on it, but I think that talking about how we are feeling does help, in some way at the very least, and in today’s world there are many ways we can do this; one of those being online therapy.

We find ourselves in a society where face-to-face (in the literal sense) contact is no longer needed to gain such an interaction of talking about ourselves, our lives, how we are feeling, and anything and everything else we want to discuss. Online therapy is a different way of seeking help via a therapist, and where going to an appointment is just as easy as turning on a laptop or other device. Whether it is right for a person is a personal opinion for them to consider, but I ask two questions regarding how using online therapy may help someone, and to help them decide on whether choosing this method is right for them.

Firstly, could it be easier to talk to someone when they are not in the same room as them? Over the past few months many people have been working with technology in new ways, such as being part of work meetings online rather than in person, and may have found some benefits in doing so. People may be talking more than they normally would, or be conducting themselves in a different way. In terms of a therapy setting, it could be perceived that there is a physical barrier between the therapist and the client if their therapy session is carried out via a webcam. However, this could actually be preferable because a client may find it easier to talk to a therapist if they are not in the same room as them. This preference will be individual to the person, but therapy via a video call has been found to have the potential to be very effective.

The second question is could it combat the problem of how busy people are and therefore putting their mental health on the back-burner? Finding some time for a consultation via a webcam may be preferable for a lot of people who may struggle to find a spare hour or two for a consultation at a location that may be out of the way for their own schedule. How busy people are now is a problem for many, and so this could be a simple solution and may even be a deciding factor in whether a person seeks therapy at all.

Over the past few months, carrying out much of our lives online has become not only the norm for a lot of people, but also a rich source for interacting with the rest of the world. Carrying out something that may once have been seen as unthinkable to not do in person could now be the norm to do it online, and I think the online aspect of our lives will carry on increasing as people become more accustomed to just how much can be done in this way. I think most people will agree that it definitely makes a lot of things easier, with online therapy potentially being one of those. The two questions I have spoken about above can help with deciding whether to choose online therapy, but I believe that talking to someone, in whatever way, is always the best option. 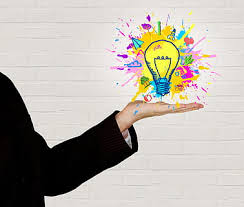